"Your Satisfaction Is Our Priority" 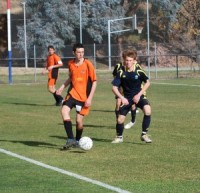 Our Cricket tours include organising of all matches with clubs/top Sri Lankan schools, hire of grounds, umpires, meals, accommodation, transport, sightseeing, airfares and what ever your specific requirements are. Speak to one of our friendly consultants who will be delighted to assist you and provide you more information regarding the Cricket tours to Sri Lanka.

Below is a sample itinerary for a 14 day tour.

DAY 01 On arrival at the airport, meet, greet and proceed to Colombo for check-in at your hotel. After breakfast afternoon leisure at Cinnamon Lakeside. In the evening match practice at CCC or NCC (3 Hrs) with transfers.

DAY 02 After breakfast. Match 1 in Colombo will be organised on request with either a school or a club team.

DAY 03 After breakfast, morning at leisure.

Afternoon, do a city tour of Colombo, like many capital cities in developing countries is fast changing its face. Almost overnight, skyscrapers arise from where old buildings once stood. Yet in some parts, the old world charm is retained. For example, there is a 100-year-old clock tower and several British built colonial buildings. Other places of interest are the Pettah bazaar – where one can shop for bargain, a Hindu and a Buddhist temple, residential areas where you find the stately homes of the affluent, the Colombo museum, the Bandaranaike Memorial International Conference Hall (BMICH)-an outright gift to Sri Lanka from the People’s Republic of China.

DAY 04 After Breakfast. Match 2 in Colombo will be organised on request with either a school or a club team.

DAY 05 After breakfast, proceed to Kandy, enroute visiting the Pinnawela Elephant Orphanage.
This orphanage is the home for about 60 elephants, out of which some are baby elephants found, abandoned or orphaned in the wild. They are being cared, fed and trained by the wild life authorities. The best time to visit is during the feeding times, when one will have the opportunity of seeing the baby elephants being bottle-fed. Also you could accompany the elephants to a river close by and see them having their daily bath.

On completion continue to Kandy.

DAY 06 After breakfast, Match 3 in Kandy will be organised on request with either a school or a club team.

DAY 07 After breakfast proceed to Peradeniya.

Peradeniya botanical gardens which was first built as a pleasure garden by a Sinhala king and was expanded by the British. It is 147 acres in extent and provides an amazing variety of trees, plants and flowers.

In the evening proceed on a city tour of Kandy. Kandy was the last capital of the Sri Lankan kings, and is a World Heritage Site. The name Kandy conjures visions of splendour and magnificence. Many of the legends, traditions and folklore are still lovingly kept alive. Drive around the Kandy Lake built by the last Sinhala king Sri Wickrama Rajasinghe in 1798. Visit the Kandy town and Bazaar, the arts & crafts centre, a gem museum and a lapidary. Also visit the Temple of the Tooth Relic and thereafter witness a cultural show featuring traditional Sri Lankan dancing.

DAY 08 After Breakfast, Match 4 in Kandy will be organised on request with either a school or a club team.

DAY 09 After Breakfast, proceed to Nuwara Eliya en-route visiting a tea plantation and a tea factory, where the best tea in the world is produced. .You will be told all about the process of manufacturing tea. You can also see how tea is graded. Taste a cup of pure Sri Lankan (Ceylon) tea in the factory.

In the afternoon, do a city tour of Nuwara Eliya. Nuwara Eliya, because of its invigorating mountain climate and scenery, is Sri Lanka’s most popular hill resort. Nuwara Eliya is also the heart of Sri Lanka’s tea country producing a significant share ofthe world’s best tea. Sri Lanka’s highest mountain Pidurutalagala (8282 feet) is located here. Nuwara-Eliya also has one of the finest 18-hole golf courses in South Asia.

DAY 10 After breakfast, proceed to Ahungalla. Match 5 will be organised in Ahungalla on request with either a school or a club team.

DAY 12 After breakfast, proceed to Colombo.

DAY 13 After Breakfast. Match 6 will be organised in Colombo on request with either a school or a club team overnight stay at Cinnamon Lakeside Colombo.

DAY 14 After breakfast proceed to airport for departure flight. 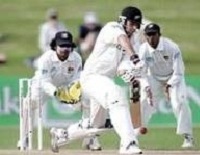 Why not experience Cricket in the sub-continet? Click here for more information